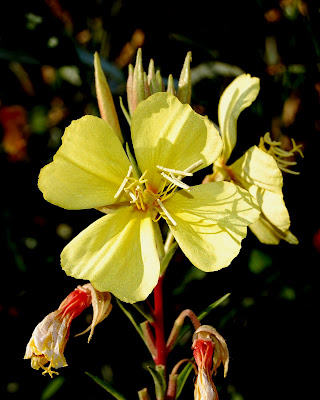 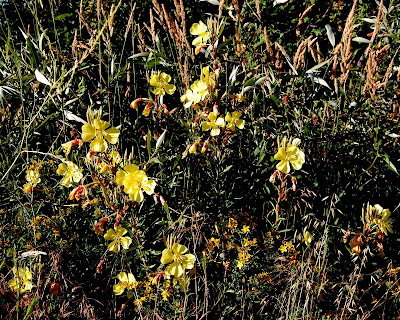 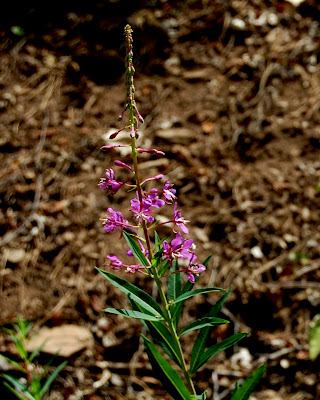 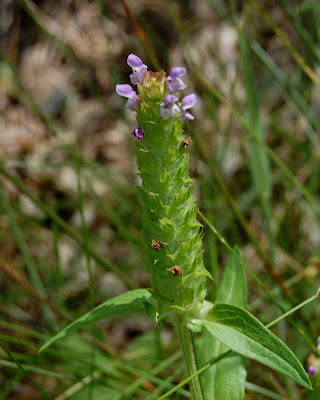 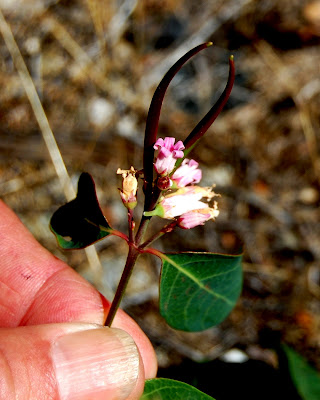 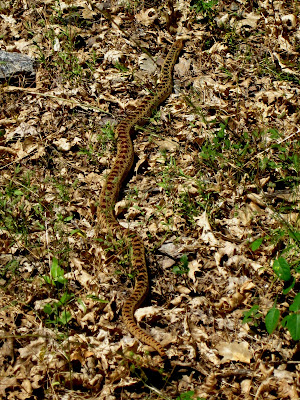 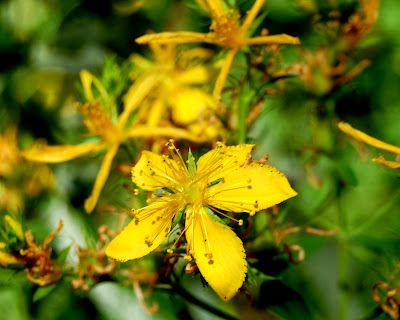 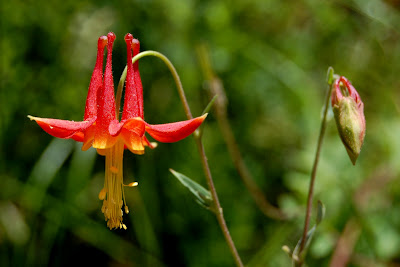 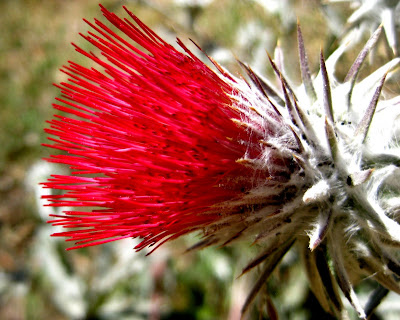 I have several favorite viewing spots on my way to work, and one of them is just east of the bridge over Spanish Creek at Chandler Road. There's lots of willow, daisies, Spiraea, and wild grasses, both native and non-. But the highlight, for me, is the small patch of Hooker's Evening Primrose, the flower that is always in full bloom in the morning and closed up by early afternoon. The family, Onagraceae, also includes the various Clarkia that I've featured here, California Fuschia, and Fireweed (3rd photo from top). The fireweed and the following photos are some of the prominent flowers we've seen on our daily walks in and around camp this past week. The Self-heal (4th photo) is a member of the mint family and is common in the wet spots by the edge of the road into camp. It is sometimes known by its generic name, Prunella. Next is a close-up of one of our five common milkweeds. The Spreading Dogbane, Apocynum androsaemifolium, is in the dogbane family, Apocynaceae, but that has been combined with the former milkweed family, Asclepiadaceae. For convenience, I initially call them all milkweeds. The dogbane pictured here has begun to go to seed and the slim seedpods show a resemblance to the familiar fatter seed pods of the better known milkweeds. I hope to spot these when they dry out and split open, releasing their seeds to the wind. Next on this list, perhaps a bit out of context, is a nice shot of a large Gopher Snake that my daughter stepped on while wandering in the same general area as nature walk I was leading. It was apparently well-hidden in dry oak leaves until she stepped on it. She got a couple of good photos in the process of falling down after being startled. In the same area, she got a good close-up of the Snowy Thistle (last photo). After the snake photo, I've included two of flowers that have been blooming for weeks, Saint john's Wort and Crimson Columbine. The area around Quincy is drying up quickly, but near the permanent streams there's still lots of good wildflower watching to be had, and the great variety of attractive bugs that accompany them. Happy hiking!
Posted by Joe Willis at 8:36 PM