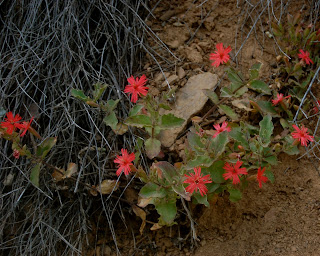 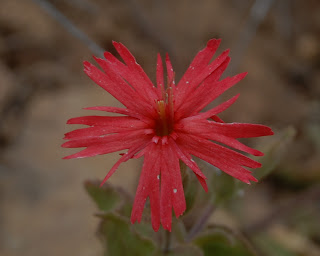 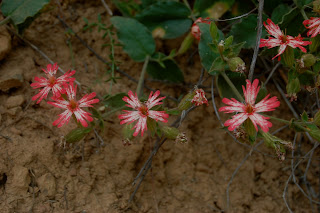 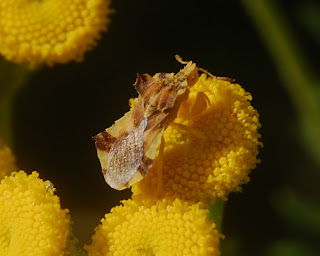 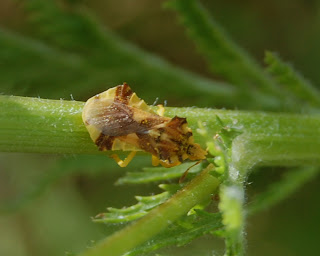 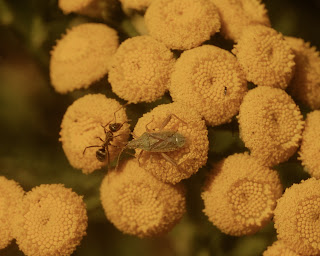 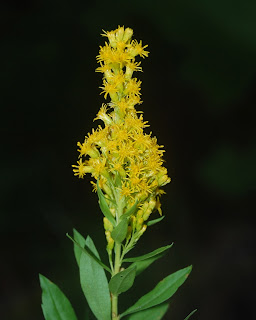 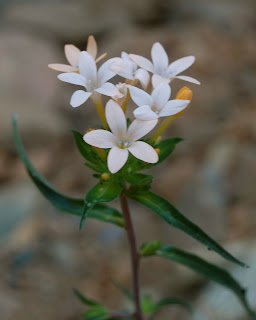 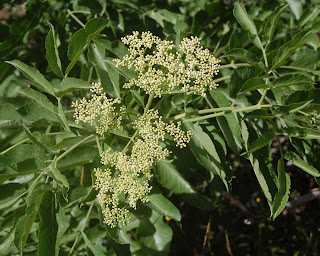 When I took a brief drive up Meadow Valley Road yesterday, I realized that my observations have been confined to the area close to Oakland Camp for a few weeks.  Just a few miles in another direction brought me to different habitats and different flowers and bugs.  The brightest surprise was the California Indian Pink which shone like red beacons from under some Buckbrush and Deerbrush at the side of the road.  Then, near the swimming hole known locally as Lover's Leap, I saw a few patches of Tansy.  I decided to stop and check them for bugs and immediately found one of my favorites, the Pacific Ambush Bug. Last summer I got a few photos of these in the process of eating various other bugs, so now that they're out, I'll be looking for opportunities for some photo drama.  The fourth and fifth photos from the top are of the same bug.  I first found it resting on the flowers, then decided to poke at it a bit to see if I could get some interesting angles.  It immediately ran down the stem and tried to hide.  Then, on the same plant, I found what looked like another species of Assassin Bug that was having an encounter with an ant.  Haven't found this particular species in any of my field guides.  Other flowers along the creek on this same drive were the California Goldenrod, Grand Collomia, and Blue Elderberry.  Near the spring on the south side of the road, I found a few clusters of Baneberry, a member of the buttercup family.  I'll post those photos with my next batch.
Posted by Joe Willis at 6:10 PM