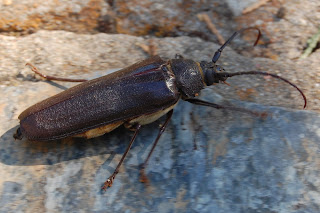 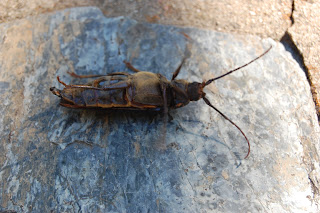 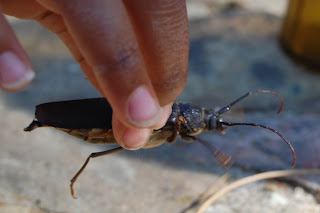 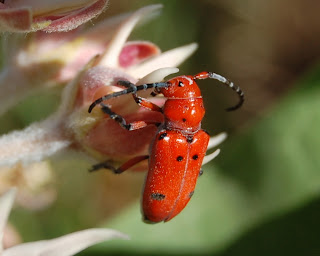 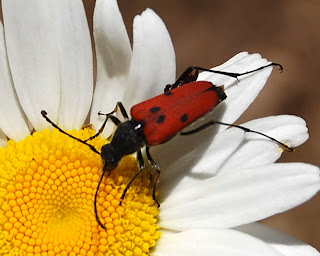 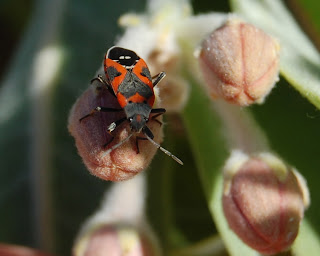 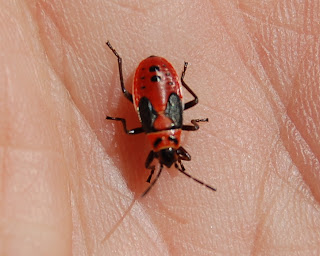 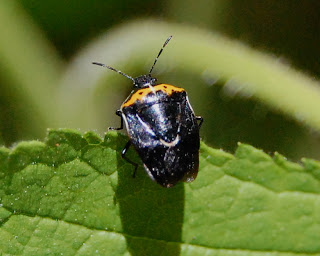 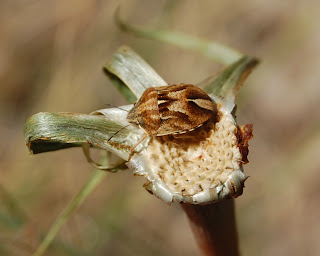 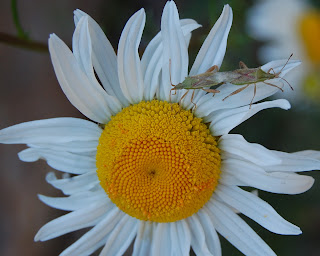 The first five photos above are of Beetles.  The first three are of the same Pine Borer, a beetle in the Family Cerambycidae, also known as Longhorn Beetles.  The fourth photo is of a Red Milkweed Beetle, my regular readers know as one of my favorite "bugs."  The fifth photo is of another species of Longhorn Beetle.  The second five phots are of "true bugs," Order Hemiptera.  Photo 6 is the Red Milkweed Bug, an adult.  Photo 7 is a nymph or earlier stage of that same milkweed bug.  Photos 8 and 9 are of two different kids of Plant Bugs, which is actually a category.  The tenth photo is of a pair of true bugs I haven't yet identified beyond the fact that they are Hemipterans.  Years ago I saw a bumper sticker that said "Eschew Obfuscation."  Well, I tried. :)
Posted by Joe Willis at 9:39 PM