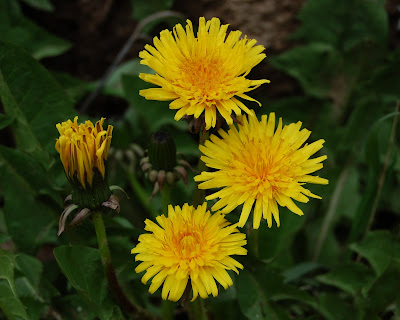 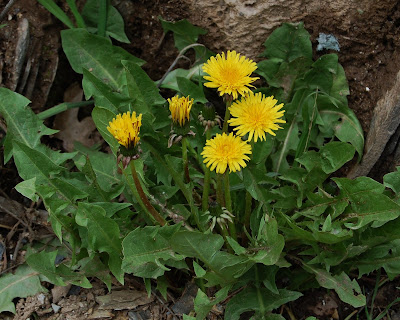 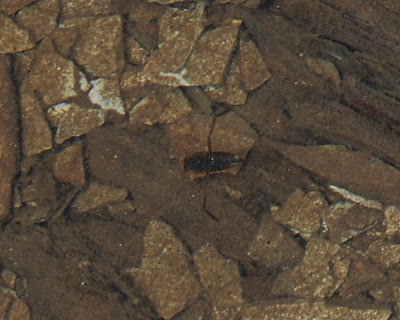 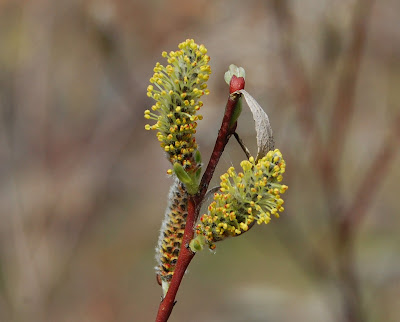 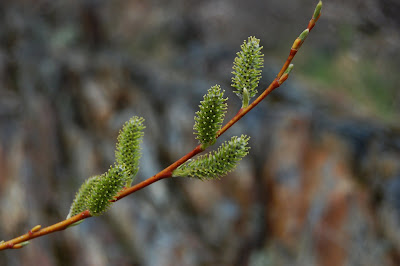 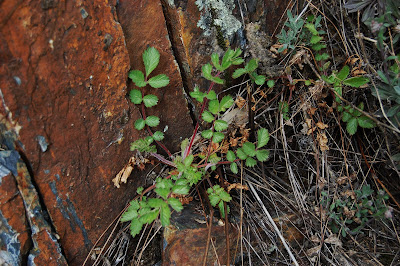 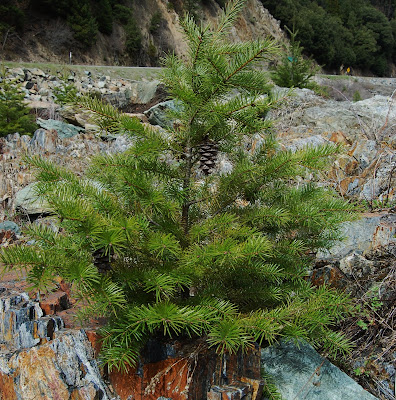 I stopped by the Greenville Y again on my way home, hoping to see more Elegant Rock Cress. When I photographed them last week, there were just a few blooming, so I thought with several more days of warm weather, they would be plentiful. There were none! Maybe some deer visited. But my desire to see wildflowers was more than satisfied by some freshly blooming dandelions. I've had a soft spot for dandelions ever since junior high. I once wrote about how this affection began in an essay titled "Confessions of a Weed Lover" which appeared in several newspapers. If I can find it, I'll reprint it here soon. Although the Common Dandelion is not a native species, I think most people would agree they've been successfully naturalized.
I also saw some Waterboatmen in a clear puddle. If I keep seeing interesting things under water, I'm going to have to invest in a polarizing filter. This photo will have to do for now. These swim mostly under water, and right-side up (from a human perspective), and are easily confused with "backswimmers" which swim on the surface, upside-down.
Next I have two photos of willows (Salix sp.) blooming. The original source of aspirin. Willow bark is still a commonly-used herbal remedy.
Next, the pinnately compound new leaves of Sticky Cinquefoil, Potentilla glandulosa, which should be blooming soon. It is plentiful at this spot, and once it starts, it blooms nearly all summer long and attracts many interesting insects. That's one reason I visit this place often.
Last, a little Douglas-fir I first photographed two years ago, one of the first entries on this blog. I think I called it a "natural bonsai." It's only about two feet tall and sports several cones. I doubt that it has grown an inch in height in the past two years. I wonder how old it is. Probably a lot older than it looks.
The layers of sedimentary rock, strewn every which way at this spot by the Greenville Y is a fascinating place to view native plants and animals. Just be careful of loose rocks. I fell here last year and damaged my camera and my left knee.
Posted by Joe Willis at 7:14 PM