Playing with the Near and the Far 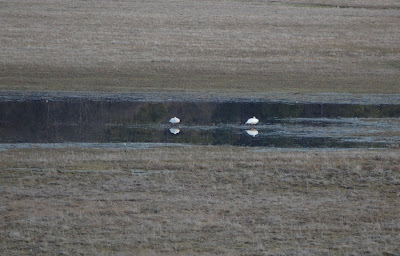 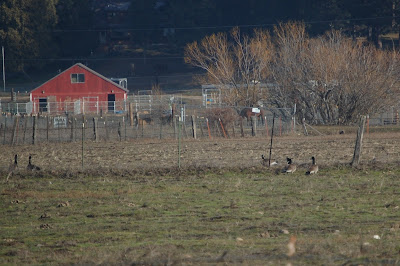 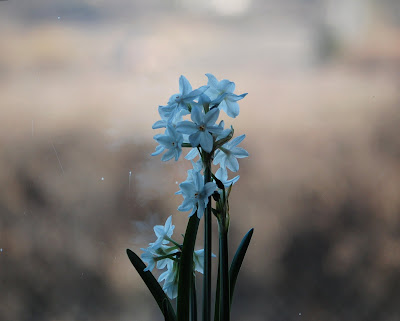 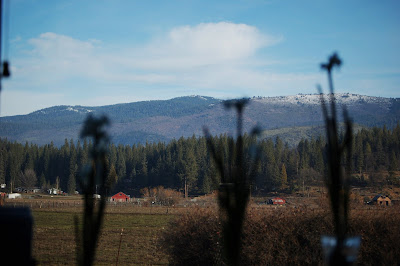 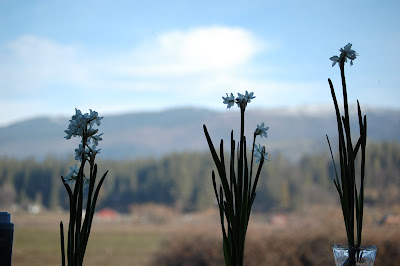 I took photos of some waterfowl that were too far away for me to identify. My average-quality, 200mm lens wouldn't quite do it. Probably snow geese, but I'm not sure. I usually prefer close-up photography for reasons I've shared here before. However, for about 30 seconds, I wished I had one of those 1,000mm lenses that cost about 5 times as much as my camera. The urge only lasted for 30 seconds, though, as I was soon taking close-ups a little further down the road. The ability of any lens to focus on the near and the far and to vary the depth of focus reminds me of how much we take for granted the capabilities of our eyes.
I'm always fascinated by how the use of a camera can alter our perceptions. Also, most drawing and painting is done in a rectangular format even though that is not what we see. We can alter the depth of field on a camera by adjusting the aperture. With our eyes, it happens automatically. On bright days, the pupil closes and results in greater depth of field than in dimmer light when the pupil opens resulting in narrower depth of field. As for the shape of the scene we are looking at, it's probably something like two overlapping circles. However, we can't really examine the edges because when we try to look at the edge, it becomes the new center.
As for my preference for close-up photography, there are two main motives, one noble and the other an excuse. The noble motive, as far as my interest in natural history is concerned, is that I love to get very close to my subject. I like to be able to smell it, touch it, tease it, be threatened by it - anything that helps me identify with it as a fellow creature and not see it as just another post card. The not-so-noble motive is that my distant vision isn't so good. Trying to be a good photographer of birds requires a skill set (besides good vision) that I haven't developed. Also, it requires either long lenses (expensive) or the time and patience to spend enough time in certain places that the birds might come closer. Is using a bird feeder cheating?

Another angle that I've given lots of thought is that nearly everyone likes birds and doesn't feel threatened by them. There are some negative biases out there, of course, toward certain birds of prey. Many different kinds of birds are called buzzards, for instance, and are considered by some farmers and ranchers to be pests. Also, some alleged bird lovers have a prejudice toward blue jays and other birds they consider to be threats to their favorites. When it comes to my favored bugs, reptiles, and amphibians, there are far more negative stereotypes out there. Many people feel threatened by many species or feel their agricultural interests are threatened by them. As a naturalist, I try to be an ambassador of good will on behalf of the disliked species. Some of my favorites to photograph are spiders, scorpions, Jerusalem crickets, centipedes, and the like. I've also taken many photos of unpopular plants like poison oak and star thistle.

Anyway, a quick guide to the photos here, from top to bottom. Top, probably Snow Geese, at least a quarter mile away from my camera. Not a strong enough lens or steady enough hand to produce a sharp photo. Next one down, Canada Geese. These were close enough to identify, although still not a great photo. Next down, a series of three photos of the Narcissus growing on the window sill in our school's conference room. I played with the "Near and Far" theme here. No prize winners, but fun as a stimulus to some of the thoughts I've just shared.
Posted by Joe Willis at 4:09 PM